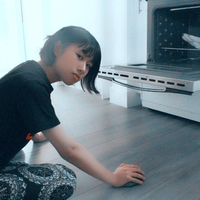 https://youtu.be/07ASQ9szsvs
false
https://www.youtube.com/watch?v=07ASQ9szsvs&t=2s
true
This tutorials are the archive videos of the 2days workshop we had holded last year, named 『神々の悪戯 -Play by Gods-』 in Tokyo.
The first day, instructor, Yoong Takeshi had teached us about how to create the objects & the world, how to connect audio to the object motion on Houdini, and then, Second day, instructor Satoru Higa have teached us about the post effects and how to keep the timeline of the audio reactive video by TouchDesigner.You can explore and find useful tips this whole ６HOUR.
Sample file is also attached the summary columm on the YouTube.

jito inc. / CG Director
Born in 1977. Established jitto in 2010. Participated in many commercials and MVs as a CG director in high-end 3DCG.
He has won many awards including the Japan Media Arts Festival. Attention all over the world. Since 2015, Houdini has established an in-house Houdini team that can handle works with tight schedules such as commercials and MVs.
Twitter: https://twitter.com/yoongs

Producer based in Kansai.Guitar sounds, natural sounds, sampling, acoustic programming, etc. are also incorporated, and various sounds are collaged to express original sound.
He is exploring new expressions and worldviews centered around electronic music.
He participated in many art projects such as movie play and music provision, exhibited sound installation works at NTT [ICC], and developed works using media such as iPhone applications.
Launched a creative label "Laatry" and released various sampling-based compilations.

https://www.youtube.com/playlist?list=PLH6Y6o7cLK9j9abrzKYR-oxsRoPaIVasU
false
I would like to express my gratitude to the two teachers for their cooperation to open this precious Intellectual assets.
And What shoudl be noted is, Mr. Yoong Takeshi have re-recorded this tutorial 4 hours for new YouTube uploaded version.
I hope you will enjoy and excited with this tutorial during #stayhome term.
Thanks,
TDSW