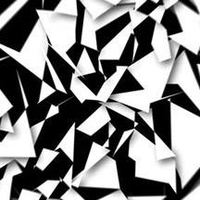 vinz99
Vincent Houzé creates interactive art, performances, and large-scale multimedia installations through which he explores our intimate connection to the natural world. His practice centers on simulations of physical phenomena in which simple rules give rise to complexity and realistic motion. Houzé was born and raised in Paris, where he studied computer science and graphic design. His work has been exhibited globally including at Google I/O in Mountain View, La Gaîté Lyrique in Paris, the Société des Arts Technologiques (SAT) in Montreal, the Times Art Museum in Beijing, and at the first two editions of the Day for Night Festival in Houston, among others. He has given artist talks and taught workshops in New York City, Mexico City, Paris, Shenzhen and Montreal. He was previously a member of NEW INC, the New Museum incubator for art and technology.
Tutorial

Introduction to GLSL in TouchDesigner For Beginners & Intermediate

Asset Downloads
8 parts series of the recording of the Introduction to GLSL in TouchDesigner workshop I taught at Brooklyn Research (https://brooklynresearch.org/) on July 14, 2018
Youtube playlist : https://www.youtube.com/playlist?list=PL5zzMHjnPWS03e_t7jik_-stynirBRrPc
https://www.youtube.com/watch?v=PVTZfDI6_OQ&list=PL5zzMHjnPWS03e_t7jik_-stynirBRrPc
false

Sila Sveta We adore the python implementation in TouchDesigner, first because it gives you the opportunity to enrich the TouchDesigner functionality even more with external libraries, and secondly because it makes you deal with all components and operators in a uniform and convenient way - it hugely

What Our Customers Have Said About TouchDesigner