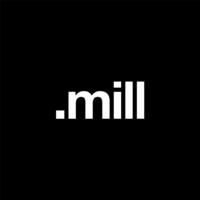 dotmill
Dot-mill Corp. is a company that leads the paradigm of the Korean Contents Marketand is the only company in Korea that possesses technology, planning, and production capabilities at the same time. Our potential is limitless, and we are seeking to expand our business to new heights.
Community Post

Realize the world in the animation

Children who watch animation imagine themselves becoming friends with the main characters on the TV and working with them in their own world. All children experience this kind of imagination and it encourages them to focus their concentration. We tried to recreate a real version of the world that children imagine while watching animation.

About 10 media servers, 30 projectors, 20 displays and over 20 speakers were used in ‘Shinbi’s Haunted House Media Adventure’ with the 1,100 square meters. All of these hardware devices can be controlled even by non-experts through a single integrated media server.

We produced nod for protocol that can be used in ‘TouchDesinger’ in the part with 3 interaction and developed MCU board to connect to hardware.

After receiving space design floor plan, we conducted simulation using simulation program.
Simulation for the location of projector installation and brightness for each section was conducted.

Background and images were layered one upon another to maximize three-dimensional effect of hologram. Real object, video background, green color background and shadow effect of characters were placed in layers to increase engagement.

Interactive device elements such as earthquake, flickering fluorescent lamp and opening and closing entrance using integrated control system of media server can be controlled in the free show.

Hologram film was used to create optical illusion in which a person passing the passage looks like entering the portal by reflecting the projection surface of projector.

Three projects were used to make projection mapping for sculptures and walls in the section of Immogi. Interaction in which Immogi gets angry when audiences approach was created. This interaction recognizes a person by infrared ray camera.

It is a content that defeats ‘Duoxini’, a final boss. Five-sided projection mapping was created with 6 projectors on the floor and the wall respectively.