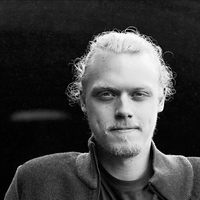 Prototype on iPad with Pixel Nodes

I have a passion for live graphics, especially when it's interactive. I got this from TouchDesigner.
A couple years ago, after having used TD for 5 years, I started building apps.
One of my first apps was a simple OSC controller for iPhone, called Clean OSC.

Then I thought what if I had TouchDesigner on my phone?
This started the development of what would become Pixel Nodes.
I qickly realized that a phone is too small for a node editor and moved to the iPad.
I started to port some GLSL shaders to Metal and built a custom wiring system.
After working day and night for 3 months, I debuted Pixel Nodes 1.0 in Berlin at the TouchDesigner Summit of 2018.
It was buggy, tho it kinda worked with limited performance.

During the past years I extracted the core of Pixel Nodes 1.0 into an open source framework called PixelKit. Pixel Nodes 2.0 is now powered by PixelKit.

TouchDesigner is truly the core inspiration for Pixel Nodes.