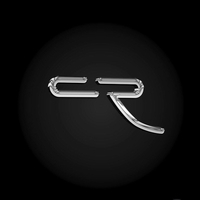 digital.rain
Media Artist Reize Caroline transforms emotion into multi-sensory media works. Creator Reize Caroline is a German media artist that creates experimental, minimalist images. She focuses on creating images that bring out the inner emotions of people and allows the viewers to experience new emotions upon seeing the shapes, patterns and colors of her images. She uses a variety of media and collaborate with various sound artists to help the audience have a multilateral experience. Also, she is always working to bridge the gap between art and technology to maximize the effect of her work. She has exhibited her works through projects like 《PRECTXE Showcase Vol. 2》(Bucheon Art Bunker, 2020), 《Impact X Showcase》(KOCCA Contents Human Resource Center in Hongneung, 2019) and KOCCA Da Vinci Project (2019).
Gallery

This is my first time posting here.

I have recently been able to work on my first big scale project & wanted to share the results :)

There is a link to a full length YouTube Video too at the bottom.

Oscillo - Topia is a media art work consisting of interactive media wall and floor projection, and sound.
Through the Da Vinci project conducted by the Korea Creative Content Agency, six individual artists came together to form this project.The theme of the work is anthropocene, and the goal was to ask, "Is the fourth wave coming?" and "What comes after anthropocene?"

We thought that expressing the influence of humans and the resulting ending was the most important design element, and we created three different scenes for easy delivery to the audience.

In the first scene, the audience enters the exhibition space and faces the work for the first time, which has led to the spread of circles (waveforms) along the audience's lines. And that's how we express that our behavior is having some consequences, and it's impacting the environment.

In the second scene, the wavelengths from the first scene become waves, covering all of the preceding images. At this point, the audience can feel the vibrations expressed through the soundtrack, increasing tension. Then, the waves disappear again, and the scene 3 appears.

In the third scene, we end up with an open ending to two possible consequences of our wavelengths. The images of the Earth after human extinction, or the future of overcoming anthroprocene with technology.

We used for this Project TouchDesigner, Unreal engine, Processing, Open Frameworks, and Kinect.