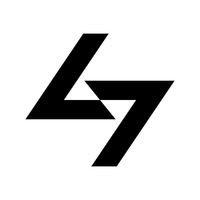 In light of recent world events, we made this film to represent how we as a collective can take a step back from the busyness of reality, and while the world slows down for a brief moment, not only do we as people heal but the earth itself heals. This moment in time may seem too small to matter but that just shows that with such little time, we can accomplish so much change for the better of humanity if we work together and take drastic action.

The basis of this project is built upon photographic data of natural architecture from around the world which is selected at random and manipulated in real time in order to create a cohesive flow from location to location.

This pandemic has caused a terrible disruption to society with much to grieve over, which in turn has overshadowed many recent international environmental catastrophes that include but are not limited to:

-By 11 February, the 2019-20 fires had burned 7.4m hectares of temperate forest, mostly in New South Wales and Victoria. More than 40% of the area burned, an estimated 3.14m hectares, lies within national parks.

- According to the NSIDC, the Arctic sea ice extent during February 2020 was the thirteen lowest in the 41-year satellite record.

-More than 5,000 camels are killed in Australia due to an “urgent response to threats” posed by rising numbers of feral camels caused by drought.

- Hundreds of thousands of native fish are estimated to have died in northern New South Wales, Australia, as rain washed ash and sludge from bush fires into Macleay River.

- FAO says new locust swarms, which “representing an unprecedented threat to food security,” begin to form in the Horn of Africa -- especially in Kenya, Somalia and Ethiopia -- and some other countries. Back in January, the FAO predicted the worst was still to come, and that by June, the size of the swarms could grow by a factor of 500.

- Many more are easily available to find with a quick google search.

With all this in mind though,  here are a  few positive outcomes of this otherwise devastating pandemic:

One of the main impacts of the corona-virus outbreak has been a significant drop in air pollution in many parts of the world. Most notably seen in developed, or developing, industrial nations like China and in Europe.

Researchers have found that there has been a 5- to 10% drop in air pollutants like carbon dioxide in New York. Methane emissions have also dropped significantly.

3. Air pollution is dropping as planes are getting grounded

This is significantly improving air quality and reducing pollution in the skies above many countries of the world. With fewer planes buzzing around, issues associated with contrails and exhaust emissions are easing.

4. Emissions from coal combustion are falling in China

Yet another impact on the environment as a consequence of corona-virus is the marked drop in coal consumption. This has contributed, in no small part, to the drop in air pollutants in places like China.

Think optimistically. We want people to be aware of the environmental events that have taken place over the course of the last few months as well as the outcomes and now realized opportunities of the pandemic. Not all hope is lost.

Thank you for taking time out of your day to watch. We hope you experienced something worth talking about.

Please spread this message and share with all your friends and family. Every single person counts.

- Many more to come

If you would like to stream this soundtrack, its available via Soundcloud below: