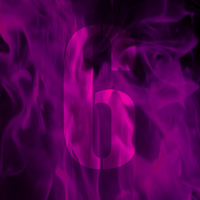 I am one of the handful of people who have been lured into TouchDesigner by a quest to create animations of music. Although there are many ways of creating pulsating bargraphs of one sort or another, waterfall spectrographs or dancing Lissajous figures, everything I have so far seen, either fails to hold one's attention over the duration of the music, or suffers from Milkdrop 2.0 randomness. (This is not to disparage milkdrop 2.0 which is still one of the best visualization apps.)  The holy grail is to create scenes that directly parallel the sound qualities one hears - images with the same visceral effects of splendour and discord of the music.  Yes it is a grandiose ambition!

The most compelling visualizations seem to be particle arrays and content created in AfterEffects however requiring a lot of specific tailoring to fit the imagery to the music. It has been on a long journey of learning and I have investigated a number of platforms including Processing and DaVinci Resolve Fusion, the latter of which is also a node based  environment.  The tools within TD seem far more comprehensive and more developed and so I have decided to investigate TD further.

As a background to this I have developed several chromatic scales to hopefully be used as data arrays for assigning colours to notes.

A Study of Colours in Photoshop Using the Circle of Fifths applied to notes of several Bb Chords.

The colour palette allows for 108 notes between C0 and F8.

Where colours overlap they are rendered at 35% transparency with overlay blend.