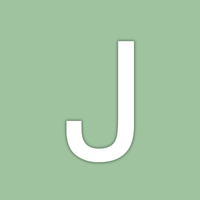 Art is so widely distributed on the internet that it is now simply referred to as "content". I hate this word because it implies a sort of meaninglessness, that all the work that goes into the writing, recording, production, editing, and marketing/distribution of content is a worthless push into an oversaturated market of people doing the exact same thing as you; for no reason other than a sort of survival instinct and stubborn desire to maintain relevance in the space. But at the same time the term is spot on; content being the space you take up online, the spot you hold as an individual or team working in the creative field. Because of the abundance of material being uploaded to the internet at all times, content that catches a viewer's attention must have a combination of high quality auditory and visual elements. Through this newfound interactivity, these components are completely codependent, because a finished product in the entertainment field almost always has to contain both in order to see a reasonable level of audience engagement.

The first time that the concept of audiovisual "content" really clicked for me was when I first saw the Sturgill Simpson Netflix special, "Sound and Fury". Simpson's film consists of the 45 minutes of audio from his 2019 album release combined with a variety of animations, short films, and vfx. The sound quality of the album is top notch, and Simpson's usage of synthesizers and guitar solos throughout gives it a very current, but also retro vibe. The overall soundscape of the audio component had a country tinge and a lot of the song forms were based off of a 12-bar blues, but there was also a strong psych-rock element to the songs that really made them pop. However, introducing a visual component to the album that follows a plot line and also interacts with the feel of the music is what truly completed the production process, and allowed Simpson's content to be viewed on a platform such as Netflix.

After viewing Simpson's work, the field I was working to enter into became a little bit more clear. Adam Neely's YouTube video celebrating one million subscribers to his channel in April, 2020 revealed that this form of distribution has been under development for some time now. One professor who Neely cited referred to what we call content creation as the "media stylo" in a paper exploring the possible benefits of this online outreach. Neely and his collaborators, like Scott Devine and Shawn Crowder, have been experimenting with content creation for about 10-14 years before they reached a status that would be considered to have any relative degree of prominence. First creating educational videos sharing their knowledge of music and instrumental performance, they found through trial and error that using visual queues and images (reminiscent of the editing done in Trevor Noah's "Daily Show" or John Oliver's "Last Week Tonight") assisted in grabbing the viewer's attention and increasing their audience outreach and accessbility. Because of the added visual component of their content, they were able to attract a completely new viewer base that didn't know anything about music, but were able to digest their carefully crafted analyses and explanations of complex ideas within the space.

Which brings me to my own work. I have tracked audio files for clientele for about 6 months now, but have not been able to create complete audiovisual content on my own. I received some help from a visual artist in DFW, dimensionjumper, who edited some iphone videos of me doing choreography to my songs in Adobe Premier, with the song file from Reaper and visuals from TouchDesigner. On their own, the song files were reasonably strong, but the vfx and editing completed the audio file and allowed me to place my song on YouTube as a music video.

Auditory and visual art have existed independently of each other and still continue to maintain some level of separation to this day. The concept of content creation unites these two art forms in a way that has never been more accessible. Anyone with a computer has the ability to download the appropriate softwares to upload content to the internet, so at this point it becomes a question of overall quality. The work of people like Sturgill Simpson, Adam Neely, and Rick Beato sets a professional standard for content that will have a wide enough appeal to gain the blessing of sites like Netflix, Hulu, and YouTube. So let the true grind for establishment in the space begin.