Skip to main content
Sorry! Our Email server is down. We are working on restoring all services. For urgent issues, please contact us at 416 591 3555 or email us at nadine.derivative@gmail.com. Thanks for your patience.
Close

Wires are the colored lines that connect the output of a node to the inputs of other nodes in a network. You can think of wires as passing the data from one node to another.

A second type of wire is the Hierarchy Wire that connects the connectors on the top/bottom of 3D Components and 2D Panel Components, and forms the parent-child relation of these components.

To create a wire:

When the cursor is over a connecting wire, it will highlight in yellow. In this highlighted state, on the wire you can

Tip: Wires can be displayed in two modes: spline curves and straight lines. Pressing the hotkey "s" (straight) in a Network Editor pane will toggle between these two modes. You can also toggle the setting by using the "Link Straight" menu option from the Network Editor's context menu. 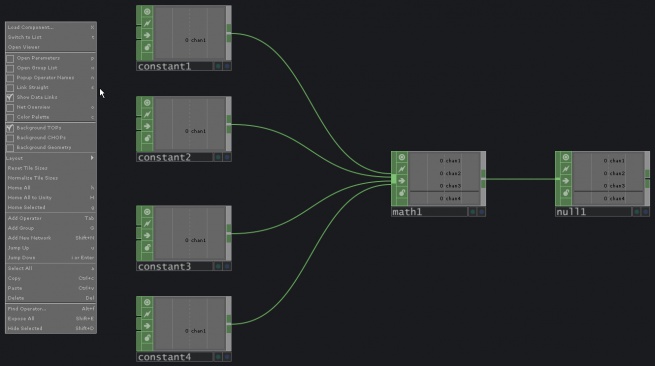 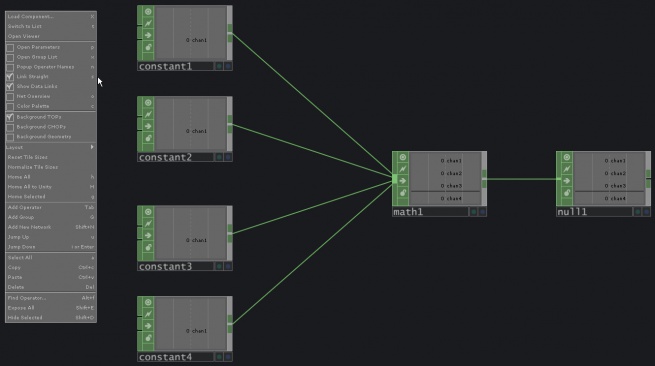