The Null CHOP is used as a place-holder and does not alter the data coming in.

It is often used to Export channels to parameters, which allows you to experiment with the CHOPs that feed into the Null without having to un-export from one CHOP and re-export from another. 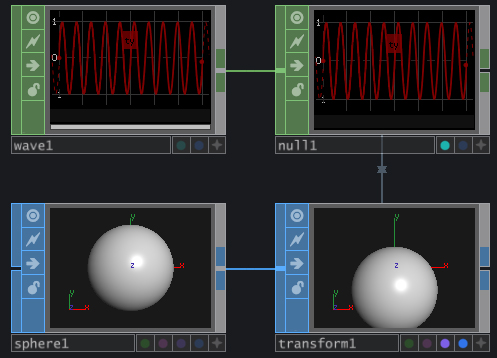 Cook Type cooktype - ⊞ - This controls how nodes downstream from the Null CHOP are triggered for recooking when the Null CHOP output changes. See also: Cook

Please note that downstream cooks may also cook for a variety of reasons including viewing the contents of the data while editing nodes, etc.

Extra Information for the Null CHOP can be accessed via an Info CHOP.