Skip to main content
Sorry! Our Email server is down. We are working on restoring all services. For urgent issues, please contact us at 416 591 3555 or email us at nadine.derivative@gmail.com. Thanks for your patience.
Close

There are two groups of Hierarchy in TouchDesigner. 3D Object Components, and 2D Panel Components. Each group can be connected via lines (Wires) between the bottoms/tops of nodes in a network, or by placing one component inside the other. 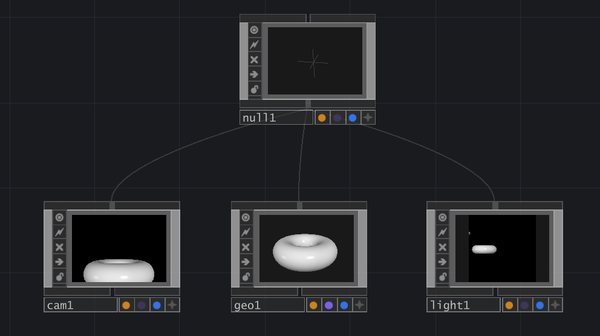 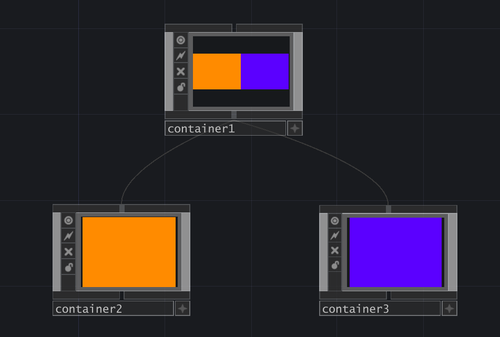 As noted, each group can be related/connected in two ways:

To create a hierarchy where operators are in the same network:

Or, using the embedded approach: For panels, put a panel inside a panel. For 3D objects put a 3D object inside the 3D object.

( "Hierarchies" also exist separately the file system, and in python data structures, but it is not applicable or covered here. )